Synthetic chemicals in a synthetic world with synthetic babies

This image shows a doll, a hybrid doll, amongst other fake dolls & toys. This is the world I think they are trying to make us REAL Humans adapt in, involuntary. We will be replaced by these in the rapid way we are going, it’s cheaper. It’s cheaper to take care of the artificial, it’ll be plastic like automobiles, material possessions and some people hair, faces and some body parts like buttocks, breast & noses. Many of they people are people like celebrities (that we are being brainwashed to admire & adore) to become more “fake” because the real is just so basic. …

60 yrs ago synthetic chemicals were futuristic., Since then thousands of man made compounds have been created. Of the 80,000 chemicals in use, about 85% have never undergone testing for the impact of the human body! That means all the chemicals in baby items like baby bottles, can goods, beverages, even the chemicals that are being released into the air we breath…has never been tested for the affects on human beings. “When you put lotion on where does it go?

It doesn’t go into the air, it goes into your body”. It penetrates into your skin. “We have covered the Northern Hemisphere with chemicals that we know can be transformed from the mother to the offspring if we don’t reverse the production and release these chemicals, we are going to see a wide spread of dysfunction”. 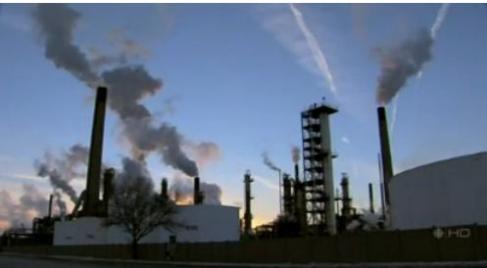 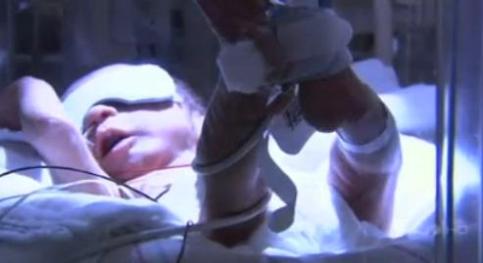 Will this be the end of what they consider the “male” species? In this video, you will hear how males now, carry half the sperm their fathers did & about 80% of it is abnormal. You will watch also how a mother notices while bathing the in-normality in her son’s testicles, Doctors find that his testicles are behind her son’s stomach muscles. This is linked to… Environment causes. Yes. Man made environmental causes like phthalate – Absolutely. This chemical is in children toys like in rubber ducks, and in hospitals blood bags, even found in the intravenous tubing and vinal that causes it to leach into the body by staggering amounts. Unfortunately, infants and children can take into 200x the safe amount because of these chemicals in products that they use for “health services”.

No precaution principal measures are being followed with Heavy Industrialization and tons, hundreds of thousands of toxic chemicals being released in the air. If its affecting the wildlife why is it not affecting human life?

In Central Florida, Louis Guilette states, ddt & other chemicals sexual organs in the male Alligators are 90% below average and are a 3rd of the normal size & the reproduction rate… When will this all end???????????????

Gender-bending chemicals are the likely culprit behind a 200% increase in male genital birth defects in recent years, the film cited, highlighting one woman who believes her son’s undescended testes falls into this category.

Congress passed the Food Quality Protection Act in 1996, which required the US Environmental Protection Agency (EPA) to initiate the Endocrine Disruptor Screening Program (EDSP) to screen pesticides and other environmental chemicals for their potential to affect the endocrine systems of both animals and humans. According to the EPA:5

However, despite the fact that nearly two decades have passed since the beginning of the program, the market is literally flooded with chemicals that have the potential to wreak havoc on reproductive health, especially when exposure occurs in utero or during childhood (as is often the case).

The strongest evidence showing that exposure to environmental chemicals can lead to disruption of endocrine function comes from the bizarre changes seen in a number of wildlife species, such as male fish transforming into females; frogs developing a variety of defects like multiple testes or ovaries; and hermaphrodite bears, just to name a few.

The effects are being seen in humans as well. The endocrine-disrupting chemicals phthalates, for instance are linked to testicular atrophy or structural abnormality. In experiments on rats, phthalates have demonstrably blocked the action of fetal androgens, which affects gender development in male offspring, leading to undescended testes at birth and testicular tumors later in life.

Studies have also found that boys whose mothers had high phthalate exposures while pregnant were much more likely to have certain demasculinized traits and produce less testosterone.

The more a pregnant woman is exposed to high levels of phthalates, the greater the risk her son will have smaller genitals and incomplete testicular descent, leading to impaired reproductive development. The chemical also appears to make the overall genital tracts of boys slightly more feminine. It is believed that phthalates have these adverse effects because they reduce testosterone synthesis by interfering with an enzyme needed to produce the male hormone.

Even the Most Vulnerable Are Being Inundated with Gender-Bending Chemicals

Studies have shown that premature babies are exposed to extremely high concentrations of phthalates, which are widely used to make plastics like polyvinyl chloride (PVC) used in medical tubing and other medical equipment. With each plastic tube that a newborn is hooked up to, the rate of phthalate exposure increases. And for those premature infants who spend weeks and months in the neonatal intensive care unit, the exposure levels can be extraordinary.

A report released by the nonprofit organization Environment and Human Health, Inc. (EHHI) found that male infants exposed to phthalates through medical procedures are most at risk of suffering health effects.6 The phthalate di(2-ethylhexyl)phthalate, or DEHP, in particular, is raising concern because of research linking it to:

A typical American comes in regular contact with some 6,000 chemicals and an untold number of potentially toxic substances on a less frequent basis. There are approximately 75,000 chemicals regularly manufactured and imported by US industries, so you could be exposed to any number of them. Disturbingly, most of them have never been adequately tested for safety for adults, let alone their impacts on the most vulnerable among us, our children.

The chemical industry has, in fact, resisted testing chemicals on developing bodies, as might occur when a fetus is exposed in utero, likely because they’d have trouble explaining away all the ill effects that are likely to be revealed. Furthermore, there is absolutely no toxicology research that takes into account the effects of multiple, simultaneous chemical exposures and their resultant synergistic toxicity, which is what actually happens to exposed populations in the real world.

The Chemical Industry Is One of the Most Powerful Lobbyists

Like the biotech, pharmaceutical and processed food industries, the chemical industry wields incredible power over Congress, and uses it to have bills passed in their favor – and regulatory violations overlooked. Perhaps that is why, despite the proven risks, the US Food and Drug Administration (FDA) has denied a petition to ban BPA from food packaging. The FDA and most other US regulatory agencies are backed by pro-industry, pro-corporation advocates who often have massive conflicts of interest when it comes to protecting the health of the public.

In fact, the revolving door between private industry and government oversight agencies like the FDA is so well established these days, it has become business as usual to read about scandal, conflicts of interest and blatant pro-industry bias, even when it flies in the face of science or the law. The fact is, if you want to stay safe, you can’t depend on the FDA, the EPA or any other government agency; you’ve got to look out for yourself.

Protecting Yourself in a Chemically Driven World

No one knows what health consequences to this toxic chemical cocktail will cause to an adult, let alone a developing baby. Unfortunately, it is our future generations, and possibly the species as a whole, who will likely pay the heftiest price for this lack of safety concern, as an embryo and fetus develop at a much faster rate than adults.

While this development occurs, cell division and growth is rapid — and these rapid changes provide many opportunities for mistakes to occur. It’s clear that boys appear to be at particular risk but, really, no one is safe. I encourage everyone with children or grandchildren to review Theo Colburn’s Our Stolen Future, which is one of the BEST resources on this topic. Further, while you make the switch to remove and reduce chemicals around your home, remember that one of the ways to significantly reduce your toxic load is to pay careful attention to what you eat.

Organically-grown, biodynamic whole foods are really the key to success here, and, as an added bonus, when you eat right, you’re also optimizing your body’s natural detoxification system, which can help eliminate toxins your body encounters from other sources. Rather than compile an endless list of what you should avoid, it’s far easier to focus on what you should do to lead a healthy lifestyle with as minimal a chemical exposure as possible:

A Sunist is someone who knows, by seeing, that what’s under The Sun, grows and live’s therefore, lives by the Sun and dies by paying it respect for the entities that live under it.

Welcome to WordPress.com. After you read this, you should delete and write your own post, with a new title above. Or hit Add New on the left (of the admin dashboard) to start a fresh post.